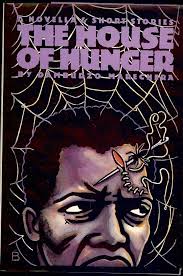 A Vampiric Tale for Hallowe’en.
The cover of Marechera’s The House of Hunger shows a deathly face with a long wound that is being sewed by a spider’s web. This illustration alludes to "The Slow Sound of His Feet", one of the volume’s short stories. Robert Fraser has studied this particular work in some depth, but he finds the seriousness of the piece in the wrong quarters. For Fraser, the opening epigram draws a serious parallel between the story and JDC Pellow’s poem on Christ. His effort to make this parallel, however, causes him to miss the wicked joke by Marechera. Pellow was a minor Georgian poet, a civil servant who wrote civilized, devotional poetry. The lines that Marechera quotes are from the poem Tenebrae, included in the volume Paternalia. Marechera’s short story offers a very un-English mental blackness and a very non-Classical festival for one’s dead parents. The story is a post-Blakeian vision, a dark gospel that testifies to an all-circumscribing Death. The writing mocks the Classical pastoralism of Georgian poetry and its English sentiments (the tweedy, country atmosphere of Oxford University...so distant from the Universe). As Pellow’s beggar waits in physical darkness for the Father of mankind, Marechera’s persona waits in mental blackness, recounting a motherless and fatherless dream. It is a story about being psychologically orphaned. Instead of Christian elegy, Marechera introduces something close to deathly voodoo. Into the story, Marechera works two key biographical details: his own stammer and having to view his father’s damaged body on a mortuary table. Like Basquiat’s painting “Brown Jaw” (1986), the story concerns itself with speechlessness and the anxiety of speech…even the room, like the dead father, struggles to articulate and move its mandibles. There is no happy meeting with the ancestors in Marechera’s story. The parents magnetize the writer (and reader) and have all the characteristics of vampires. The father and mother, Father and Mother, fatherland and motherland, the roots (like teeth) of identity bleed painfully between life and death.

The Slow Sound of His Feet.

. . .But someday if I sit
Quietly at this corner listening, there
May come this way the slow sound of his feet.
--J.D.C. Pellow. 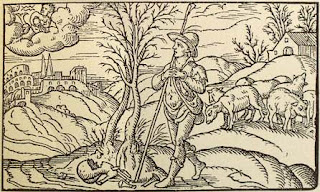 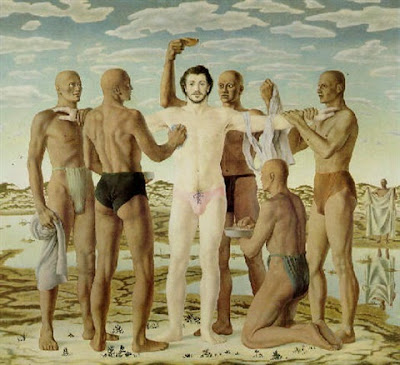