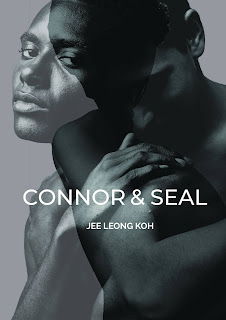 Jee Leong Koh’s latest book feels like a work that has been waiting to hatch for many years. It is a new departure, Koh has never repeated a concept, but it is, at the same time, a book that brings to focus two longstanding concerns. The first of these is poetic and the second of these is personal. Ever since Payday Loans (2007), Koh has been asking a question about poetry: does a poet learn best by inhabiting a set form or by wandering from one form to another? Is life a contained house like Dickinson or an open road like Bishop? The toing and froing can be seen in Payday Loans , a sonnet series, Equal to the Earth (2009), a variety of forms, then back to a series of ghazals in Seven Studies for a Self Portrait (2011) . In Connor and Seal, the two threads interweave: Part One adopts highly varied forms; Part 2 adheres to a single form. The result is a book built from loose observations and tight reflections. Taken together, the two parts make a blistering whole. The narrat
Post a Comment
Read more 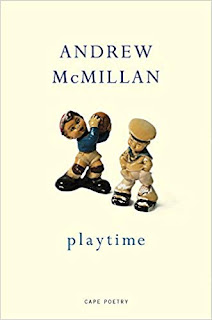 The Canadian literary critic, Terry Goldie, once posed a provocative question by way of a statement: does the homosexual, when not having sex, have an identity? If homosexual is an identity based on sexual activity, what exactly is the homosexual outside the sexual act? This tongue-in-cheek approach suggests a problem for the gay poet: there is a compulsion to write about gay sex so that identity is remembered and demonstrated. This approach underlies McMillan's book second book of poetry. Rather than move on from his triumphant Physical  , Playtime moves   backwards into adolescence and the birth of sexual activity. Out of forty poems, nearly half are about sexual play. Of course, this fits one interpretation of playtime, and enlarges on the whimsical cover. The trades description act is not broken. At the same time, it reduces to the volume to a banal level: I am gay and this is what I do.  Playtime has received wonderful reviews, mainly from female critics, and they h
Post a Comment
Read more 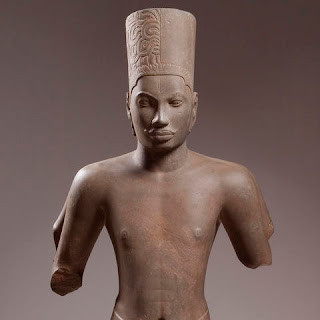 A groundbreaking volume of poetry. The title suggests how the humblest of acts can be enlightening and the poems in  Tilting Our Plates to Catch the Light  work through two clefs. The bass clef relates to mortal earth and the treble clef to mythological time. Two narratives exist together, the life of two male lovers and the the loving actions of the main Hindu gods. Each of the ten titled poems takes its title from a musical term, specifically the act of singing. Music enters Cyril Wong's poetry in this volume at two levels: the literal, where a reader hears melopoeia; the metaphoric, where music relates to time and states of existence. In this work, the lovers are described, not characterised, and exist as moods in a musical composition. Time is a key theme of love poetry and this volume in particular where seven of the sections relate to musical tempo. The central and defining moment in the lovers' narrative is when both are found to be HIV positive. Yet t
Post a Comment
Read more 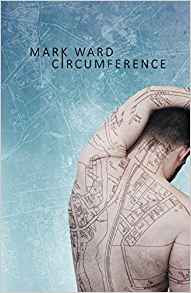 Circumference usually relates to a part of the anatomy in gay poetry. Thankfully, Mark Ward’s Circumference has higher aspirations. His chapbook’s title conjures Donne’s famous image of a circle that is drawn as two souls, like the legs of a compass, yearn for one another. What evolves from the title is a fine collection of poems that map the boundaries of human life. The plot of Circumference is simple and that is one of the book’s strengths. Tommy’s father is dying and that requires Tommy (the narrator) to return to Pepperell, a small town in Massachusetts. Inevitably, this results in a confrontation with his mother who has never coped with his sexual orientation, and memories of Mike, his first, traumatic love. The plot reads like the distillation of a larger work: only the bones are left. And this works wonderfully because it allows Ward, as the author, to concentrate on emotions: the reader is f reed from narrative demands and allowed to follow every nuance of confl
1 comment
Read more

Lawrence Lacambra Ypil is a writer from Cebu, a place name that translates as "trade". This new volume of poetry shows him to be an enterprising poet who is devoted to words and interchanging meanings. His first volume, The Highest Hiding Place (2009), was awarded the Madrigal Gonzalez Best First Book Award (2011). His second book of poetry,  The Experiment of the Tropics (2019), has achieved the inaugural Gaudy Boy Poetry Book Prize . Recently, he has also gained the  Ani ng Dangal award for contributions to art and culture.  Not surprisingly, these three awards identify Ypil as a writer whose work originates in Asia. The Experiment of the Tropics takes the Philippines as its framework and reaches out intellectually and lyrically:          Longing is a head turned away towards a century.          Singing needs a somewhere else across an ocean,  beyond a mountain,          Meanwhile, a lark sitting on a bough sings over and over  until we sleep.          (How
Post a Comment
Read more 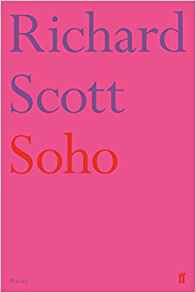 Richard Scott’s Soho is an exuberant, poetic cornucopia, a horn-of-plenty, over-spilling with erotic similes and metaphors.          & lovage boys were my          crops my ripe-red yield          my seeds each one exploding          onto my lips like and sherbet… [.]          (le jardin secret). Scott writes enthusiastically about writing the word “cock”, in an Ambit review on gay poetry. For him, it is a political act: a “filthy shout” of defiance that sticks out from the page. This is where Soho starts. In the first poem, a reader is asked to imagine a 17-18 year old Scott, as he sits in a public library, in 1998, making a political gesture. He reads through Palgrave's "Golden Treasury of Verse" and humorously adds sexual graffiti to its pages. He starts with a marginal entry: “COCK”. Reviewers have loved the bravado here and in doing so have been deflected from paying attention to the poem and a key question: How biographically tru
Post a Comment
Read more 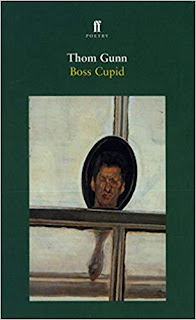 Thom Gunn’s Boss Cupid (2000) contains a disturbing sequence of poems about the serial killer, Jeffrey Dahmer. Reviews at the time of publication acknowledged Gunn’s daring imagination in this sequence. This was a poetry of bravado (even machismo, yet another example of Gunn’s fearless, masculine worship of Eros and power). Reading the sequence eight years later, they seem nonetheless disturbing. Why? Firstly, they link poetry and its relationship to beauty with acts of incredible ugliness. Secondly, they use an ironical strategy that is awkward. The strategy is in bad taste— unpalatable— phrases that suggest exactly what the sequence is about. Not just Eros and power, but the taste of civilisation, its consumption of sex. Gunn was no stranger to Pound. He did, of course, edit an introductory volume on Pound for Faber, and the title of Gunn’s cannibal sequence, "Troubadour", plays with the Poundian world view of poetry. As Pound said, hermetically, punning in “Visitin
Post a Comment
Read more
More posts